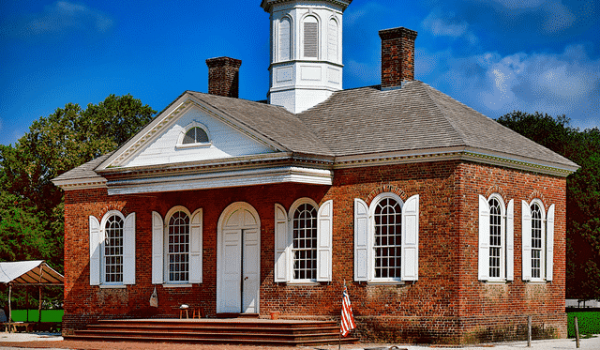 If you have been injured in a car accident you will probably have to consider where to file your lawsuit. Previously, State or Federal District Courts were the only realistic option for all but the most minor Colorado car and truck accident cases. That’s because the jurisdictional limit for County Court was $15,000, which made it difficult or impossible for auto accident attorneys to pursue most cases in County Court from a cost benefit perspective.

However, the Colorado Legislature recently raised the jurisdictional limits of Colorado County Courts. As of January 1, 2019, County Courts can now hear cases involving damages up to $25,000. See C.R.S. 13-6-104. This is an interesting development for people who have been involved in auto accidents but have lower amounts of medical bills and less serious injuries.

Now, Colorado car accidents lawyers and litigants should be able to take advantage of the County Courts for more claims. This is beneficial for some cases because the County Courts generally cost less to access and provide quicker trial dates.

What Does the Jurisdictional Limit Cover?

It is important for car accident victims to understand what amount of recovery are and are not allowed in the County Courts. The $25,000 limits apply to the amount of damages sought, plus accrued interest at the time of filing. Interest that accrues above $25,000 while the case is in litigation should not divest the Court of jurisdiction over personal injury cases.

The $25,000 limit does not apply to costs. This means that if your car accident lawyer endorses an expert witness like a chiropractor or doctor to discuss injuries, these costs should be recoverable to a prevailing party–even if the damages plus the costs exceeds $25,000.

Attorney’s fees, such as those in insurance bad faith cases or Colorado consumer protection act cases, are part of the substance of a lawsuit, that is, the fees being sought are a consequences of the tort or breach of contract sued. In these types of cases the attorney’s fees are considered damages and will be capped at $25,000.

If, on the other hand, attorney fees are, are simply the result of a contractual agreement to shift fees to a winning party, then they will be treated as “costs,” at least where the fee-shifting contract provision is not disputed by the parties.

Where attorney fees are awarded as costs, Courts have held that a county court properly retained jurisdiction over the controversy despite an award of damages and costs in excess of its jurisdictional limitation.

Why Should You File in County Court?

The main reasons to file your car or truck accident lawsuit in a Colorado county court are costs and speed. County Court procedure should have limited or streamlined discovery when compared to State or Federal District Courts. This generally means quicker trial dates and lower expenses. This means an attorney may be able to litigate a lower value case that would otherwise be economically nonviable with higher discovery costs.

Any appeals from the County Court go directly to the District Court, rather than the Court of Appeals. This is an additional time and cost saver to the extent appellate work is required.

The drawback to County Court is that there is the cap on damages. If a jury or judge were to award you more than the $25,000, the ultimate judgment would be reduced to the amount of the cap.

How does a County Court Lawsuit Work?

In Colorado County Court there is one form of action known as a “Simplified Civil Action.” It is commenced by filing a complaint consisting of a statement of claim.

Disclosures in County Court must be in accordance with Chapter 25 Form 9. These can be served on an opposing party any time after the answer is filed but no later than 21 days before trial. The responding party then has a limited time to answer following service. The Court has discretion to shorten or extend that time.

Court can also schedule a pretrial conference, but that too is discretionary. The Court can permit discovery to assist in the preparation for trial. However, a request for additional discovery can only be made during the pretrial conference. Discovery can include depositions, requests for admission, interrogatories, physical or mental examinations, or requests for production or inspection.  All issues regarding discovery have to be resolved during the conference. Parties are not entitled to seek protective orders after the conference. Any remaining discovery disputes are supposed to be resolved at the time of the trial.

A Colorado car or truck accident lawyer can help guide you through this process.