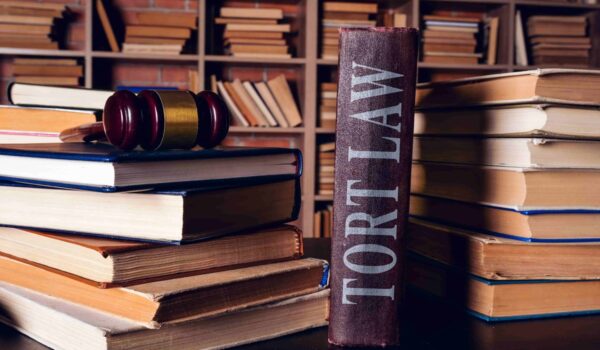 Personal injuries caused in a motor vehicle accident, truck crash, slip and fall, due to a medical provider’s error, from a dog bite, in a construction accident, or any other mishaps are all forms of torts.  A tort is essentially a civil wrong committed against a person by another person, business, government agency, or other entity.  It allows for the harmed party to seek damages through the law, often through common law (judge-made law that has evolved over decades) causes of action (or claims) for compensation.  Generally, the worse the harm, the more damages that a tort victim would be entitled to receive from a tortfeasor (a defendant).  However, insurance companies and business interests are using tort reform to change that, limiting the amount of compensation a victim may be entitled to—even if a victim’s damages warrant a higher award.  Our Denver personal injury lawyers do not think that is fair.

Here at Eisenstein Law, we believe that victims who have been harmed by the reckless, careless, negligent, and otherwise wrongful conduct of another person should be able to the full compensation they may be entitled to under the law.  While the goals of this reform are often cited to prevent “rogue juries” and greedy plaintiffs, that is far from the truth.  Our experienced lawyers in Denver, CO explains “what is tort reform” and share a history of tort reform, demonstrating why it is bad for society and injured victims.

What are damages in a personal injury lawsuit?

To understand “what is tort reform”, it is important to understand what damages in a lawsuit are.  Under the law, “damages” are the measure of relief that an injured party may obtain in a lawsuit.  There are many different forms of damages, which typically depend on the type of case (i.e., contract, matrimonial, or personal injury, to name a few).

In a personal injury action, damages are typically monetary compensation.  The types of compensation include the following: 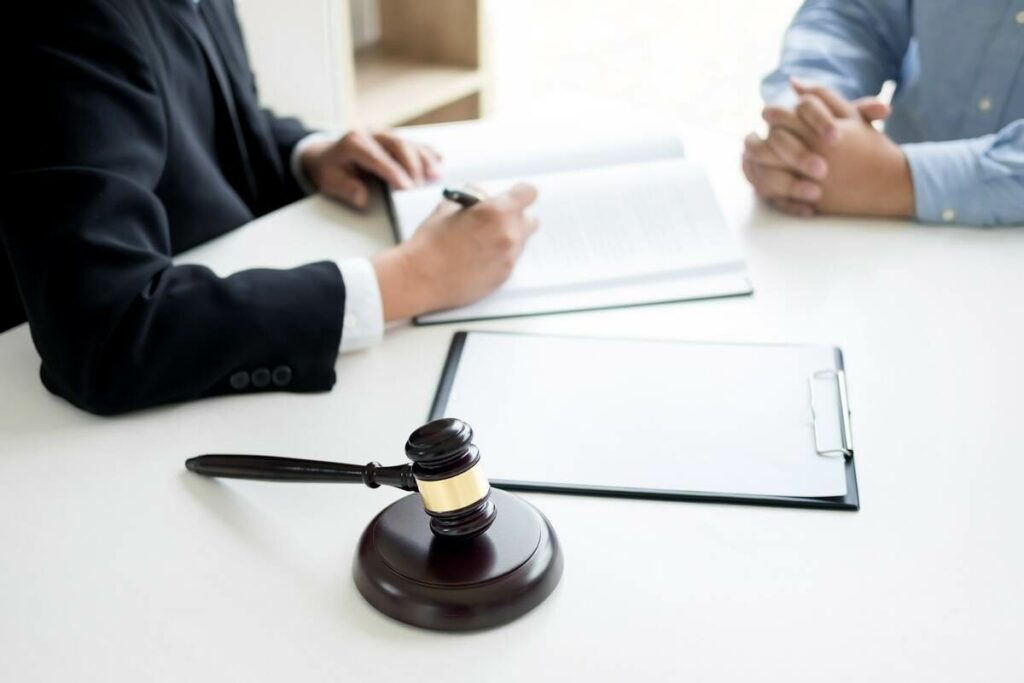 What is Tort Reform?

Tort reform is the highly politicalized idea behind changing the laws to reduce tort litigation, stop allegedly “frivolous” lawsuits, and reduce the compensation that victims (and attorneys) can recover by limiting or capping damages.  The impetus behind most reform movements is through insurance carriers and large corporations, who hope to suppress challenges to their bottom-line profits in the guise of protecting the public from outrageous and baseless lawsuits.

To effect these changes, lobbying groups paid by big corporations and insurance carriers work to cap the total amount of damages a plaintiff may recover in a lawsuit, lower the fees an attorney may recover, and set tighter time limits on filing a lawsuit (called statute of limitation periods).

To get these changes, reform advocates typically point to massive and sensational news stories to provoke fear and unjustified reactions to tort litigation—often in the context of personal injury lawsuits—to persuade the public into agreeing with their position.

We have all heard of lawsuits where a plaintiff sued for a severed thumb in chili at Wendy’s, or perhaps about the hot coffee case where the victim spilled coffee on herself and then sued McDonald’s for millions of dollars.  Many of these headlines shocked Americans—and the world—creating a fear of litigious society, where the slightest error could result in your losing your home or business by an astronomical lawsuit.

Wrong.  But that has not stopped tort reform advocates from highlighting these types of cases to help push reform. While the history of tort reform really started in the 1970s, it gained momentum in the 1990s with some of these sensational lawsuits broadcast across our television sets all day and night.  Although, these cases were wrongly portrayed that way.

For instance, the severed thumb in a chili bowl at Wendy’s was a staged scam, and the plaintiff did not win any money—but was rather sentenced to nine years in prison.  The entire claim, and the portrayal of the “victim’s” demands, were used to paint all plaintiffs—regardless of injury—in a poor light, a false light.  This has been one of the hallmark frivolous lawsuit cases.

The same is true of the hot coffee case, Liebeck v McDonald’s, which is really the classic example of a large corporation trying to take advantage of an individual who truly suffered horrible injuries.  But most people do not know this, because McDonald’s and insurance companies actually took out advertisements to discourage lawsuits while the case was going on, to cast plaintiffs in a bad light, and to support the feigned contention that personal injury victims were frivolous actors.  Nothing could be farther from the truth in Liebeck.

Most people are appalled by the millions of dollars awarded in Liebeck to a woman who spilled hot coffee on herself while driving and shook down McDonald’s for all she could get.  Popular TV shows, including Seinfeld, poked fun of it—as did late-night comedians, movies, and other pop-culture references.

But many of these lies were driven by McDonald’s and the insurance companies, lobbyists, and others who wanted to push tort reform further.

The truth is that Stella Liebeck, the 79-year-old woman who was severely burned in her thighs and genitals by scalding hot coffee to the point that she almost died. She initially sought $15,000 to $20,000 from McDonald’s to cover just her medical bills. McDonald’s responded by offering $800.

When litigation started, the truth quickly came up.  Ms. Liebeck was not driving her car when the incident happened but was handed a coffee at a drive-through with the lid not properly on.  The coffee, as part of McDonald’s all-you-can-drink promotion, was “superheated” to 190 degrees—to ensure people would only be able to drink one or two cups during their stay.  It was discovered that this could result in a third-degree burn in just three (3) seconds of contact—something McDonald’s knew from some 700-plus other claims of severe burns before Ms. Liebeck’s injuries—which results in skin grafts and third-degree burns on her legs, thighs, buttocks, genitals, and groin.

After still refusing to settle, McDonald’s—not Ms. Liebeck—forced the matter to trial.  A jury of her peers, in hearing the evidence, awarded Ms. Liebeck $200,000 in compensatory damages for her medical bills and for her conscious pain and suffering (which was reduced by 20% because they found her 20% at fault for the accident).  The jury then, considering McDonald’s two-day revenue for coffee sales, awarded $2.7 million in punitive damages to Ms. Liebeck.

At no time to Ms. Liebeck request or demand millions of dollars, but a jury of her peers heard the case, saw the evidence, and reasoned that large corporations focused on profits over people need to be held liable.  The final punitive damages award was reduced by the trial judge to $480,000.

Despite the truth, many tort reform advocates today still push this case as the beacon of why greedy plaintiffs cannot be allowed a blank check through jurors—something which is just wrong on the facts and in principle.

Following these misrepresented pushes, legislatures throughout the United States began to avoid tort reform measures, including in Colorado.  Many of these measures limit the compensation that victims may recover for noneconomic damages (pain and suffering), punitive damages, and limit joint liability against multiple tortfeasors.  These caps limit the amount of compensation that a victim of a serious or catastrophic personal injury may recover.

For example, if a doctor performing surgery fails to properly intubate the patient (supply oxygen during the procedure), a patient who suffers a lack of oxygen resulting in serious brain injuries may be limited to the damages cap.  In states like Texas, that would be a mere $250,000 for pain and suffering.

In Colorado, tort reform has limited medical malpractice damages to $300,000 for pain and suffering—only $50,000 more than in Texas.  While economic damages, such as future medical bills and lost wages, are usually not capped in other states—like Texas, the “leader” of tort reform—in Colorado the total damages in a medical malpractice case cannot exceed $1 million, without a court order finding a good cause that it would be unfair to apply the cap.

Other cases with noneconomic damages are also capped in Colorado at $250,000 plus inflation, although that has been recently changed by new legislation signed by the Governor to increase noneconomic damage caps every two years for inflation.

This means that victims who are often the most seriously injured or catastrophically harmed will face an uphill battle to recover fair and just compensation.  Oftentimes victims who have some of the following injuries are the most likely to be unfairly compensated: 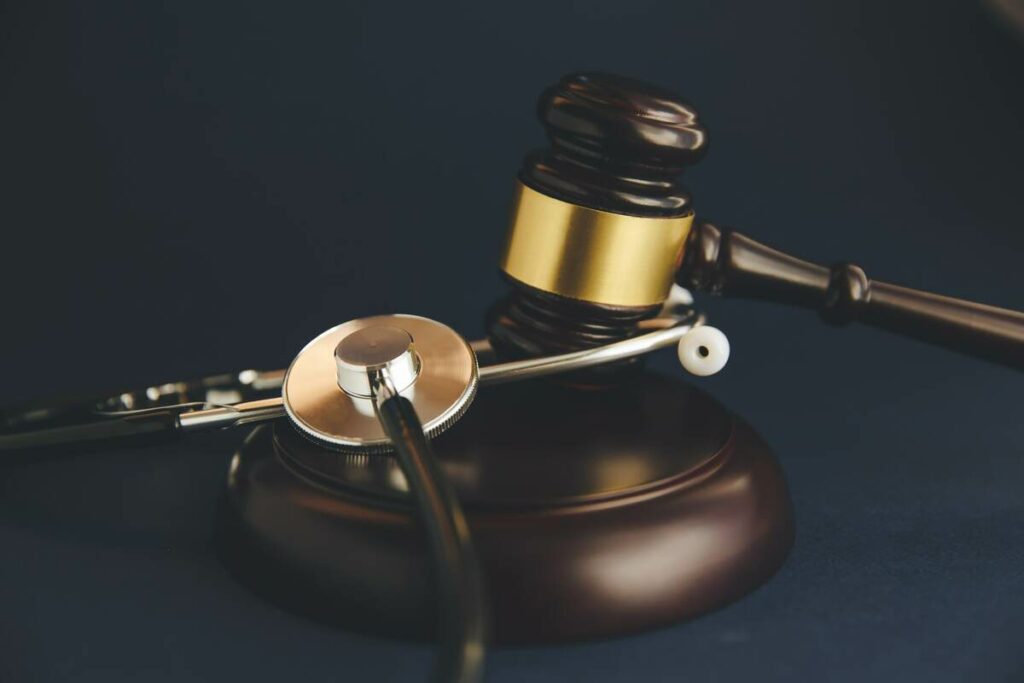 How to Increase Your Chances to Recover Compensation in Colorado

After a serious or catastrophic personal injury, especially if you have suffered any of the injuries noted above, calling an experienced and qualified personal injury lawyer like one of ours at Eisenstein Law is crucial to protecting your rights to compensation.  Our skilled and knowledgeable staff knows how to fight back against overreaching insurance carriers and aggressive defense lawyers, preventing you and your family from being victims twice.  We will not let insurance adjusters and defense lawyers protect dangerous defendants.

Since Colorado law allows an application to be made why a court should go above the damages cap, having experienced counsel who knows how to handle these cases and make the proper motion is imperative.  This may be your only chance to get the proper compensation you deserve because an adverse decision in the trial court will be difficult to reverse on appeal given the standard of review.  Do not risk your chance at a fair outcome, call our experienced Denver personal injury law firm for help today.

Looking for a Denver personal injury law firm? Eisenstein Law’s personal injury attorneys will provide the experience, personal service, and results that your case needs. Whether you have been injured in a car accident, truck accident, or have lost a loved one because of the negligence of another, the Denver personal injury attorneys at Eisenstein Law are here to help you. We fight for accountability, justice, and to maximize your compensation. This usually means our personal injury law firm faces off with powerful insurance companies and corporations where we serve as both a sword and a shield for our clients. Every time an insurance corporation or reckless individual is held accountable for harming others, our community becomes a safer place– for everyone. Eisenstein Law, making a difference, one case at a time.

At Eisenstein Law, we take a limited number of cases. This allows our personal injury attorneys to provide higher-quality services for our clients. In turn, we achieve better results.